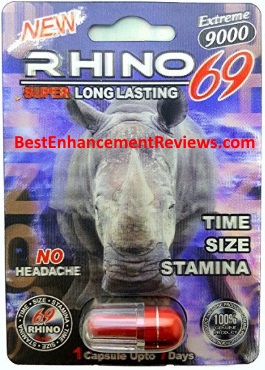 There’s multiple reasons for this which I won’t get into here.

In an event, I recently had a site visitor ask me if I have ever heard of a pill called Rhino 69.

At first, I thought he was talking about Rhino 7, which is a product I’ve actually tested and written about in the past.

One I ran a quick google search, I realized he was talking about something different.

Rhino 69 is a sexual enhancer that is designed to help stimulate your orgasms, help you get and stay hard, and improve your ejaculations.

The whole phrase “Rhino 69” is really just an umbrella term for a wide range of pills that fall under the name.

All of these are designed for one reason and one reason only.  To get you hard fast!

Generally speaking, they work by using a proprietary blend of ingredients that help to increase blood flow to the penis during arousal.

A lack of blood flow can be caused by a wide range of things, including:

If blood isn’t flowing properly, you simply will NOT achieve a good erection.

2. What are the ingredients in Rhino 69?

It’s nearly impossible to find the ingredients list for the original Rhino 69, so in this review we’re going to focus on one of the most popular products, Rhino 69 Extreme 10K.

According to the label I’m looking at here, it contains the following ingredients:

I’ll paste the label below, but it’s REALLY hard to see it: 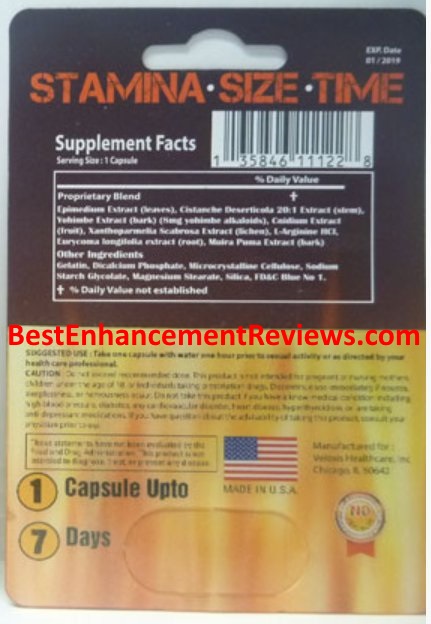 Now, these ingredients on their own CAN help with erectile dysfunction issues.

For example, the ingredient yohimbe is found in countless other sexual enhancers, including:

It’s included in these other products because it really does work.

However, there are often a TON of side effects that come with it’s use, including:

With all of this said, it turns out that when you order Rhino 69, you’re actually getting more than you bargained for.

Throughout my research, I came across NUMEROUS instances where Rhino pills were being recalled by the FDA.

Why would the FDA issue a press release?

Well, it turns out that in nearly every case that they tested a Rhino pill, it came back that they were putting an ingredient called Sildenafil into their product.

It’s the active ingredient in Viagra.

So, the short answer is yes, practically ANY Rhino pill will work for you.

However, it won’t work for you because of their healthy, all-natural formula.

Rather, it will work for you because it indeed contains Viagra.

The reason why you find Sildenafil being pumped into products like Rhino 69 is fairly simple.

Viagra is ridiculously expensive here in the US, and if it’s not covered by your insurance there’s a good chance you’ll be paying as much as $72 per pill.

That wasn’t a typo….

Since this is WAY too expensive for most guys, it makes pills like Rhino 69 that much more appealing.

There are some places in your neighborhood that may actually sell it, mostly in gas stations.  The only way to find out is to physically visit them and to ask the clerk.

One thing I did notice when researching these pills was, the cheaper it was the less-than-stellar the reviews were.

However, look at some of the reviews for this particular pill:

How Do I Know That I’m Getting REAL Rhino 69 Pills?

As far as I’m aware, the only REAL way you can tell if you’re ordering the real thing is the price.

I’m a bit torn on Rhino 69.  On the one hand, we know that it works.  On the other hand, it works because it contains Viagra.

If you were truly in need of something like Viagra, then why not just go the proper route and get a prescription from your doctor?

While brand name Viagra is REALLY expensive without insurance, there ARE plenty of generics available.

On top of all of that, it can be really dangerous to take Sildenafil if you have heart problems.

This is EXACTLY why they warn you in all of those Viagra commercials about:

You’re really taking a gamble with your life by taking Rhino 69, so I would recommend you stick with more healthy, all natural alternatives that really do work and aren’t breaking the law.

Leave Your Rhino 69 Review Or Question Below!