The ABC’s of Andropause In Men

Dave Walker Date: April 19, 2014 Male Enhancement No Comments on The ABC’s of Andropause In Men

The ABCs of Andropause

What, when and why?

While the term “menopause” has been exclusively reserved and used for the period
or time that marks the “end” of female reproductive years more and more people are now becoming aware of the fact that there is, indeed, a similar phase that actually indicates a similar condition or hallmark in men as well.

This condition is clinically known as “andropause” or, more commonly, male menopause. However, it must be remembered that andropause is not a disease or disorder. Rather it is a normal physiological health condition that simply results because of the natural phenomenon of aging and associated hormonal
deficiencies.

The word “andropause” is the combination of two different words i.e. “andro” referring to maleness or masculinity and “pause” which means “stoppage”.

By definition, andropause is the climacteric phase in men which is characterized by reduced or absent sexual performance, activity and desire. It is most commonly caused due to the hormonal imbalance.

While the exact cause of andropause is still unknown, it has been widely accepted by doctors, sexologists and endocrinologists that male menopause or andropause is the result of “age=related’ decline in the production and secretion of male-specific sex hormones such as DHEA and, more importantly, testosterone.
In some rare cases, andropause can also be caused due to drug abuse or as a side effect of a certain drugs or surgery. However, this type of andropause is mostly temporary and is usually resolved on its own.

What puts you at the risk (Risk factors for andropause)?

Indirectly, by affecting the production, release and the blood levels of male hormones (such as testosterone and DHEA), the following factors can accelerate the early onset of andropause in aging males:

How is andropause identified (signs and symptoms of andropause)?

How andropause is treated (Recommended treatment)?

There are various therapies (both medical and natural) that can help relieve the symptoms of male menopause effectively. Almost all of such treatments essentially work on the same principle i.e. to increase or normalize the balance of otherwise declining male sex hormones.   Base don their nature and composition, the recommended treatments for male menopause can be further subdivided into the following categories:

Hormone replacement therapy: Just as the case is in females, the conventional HRT or hormone replacement therapy in males consists of administration of sex hormones via injections of testosterone. While this method quickly increases the levels of testosterone to normalize blood testosterone levels, it is associated with a higher rate of adverse events, high costs and works only temporarily. As soon as the injections are discontinued, symptoms may return in a more severe form. On the other hand, abnormally increased level of testosterone, itself, is an alarming sign that can act as a precursor to several more serious health disorders.

Natural hormone supplement therapy: Contrary to the popular belief, there are certain recommended and safe quality natural (herbal) supplements in the market that can significantly increase blood testosterone levels in men.  These supplements are not only more effective but are safer and more affordable as compared to the conventional medical therapy.  Check out a product called Testo Fuel, which is a top rated Testosterone boosting supplement which is quickly becoming popular aamongst bodybuilding circles. 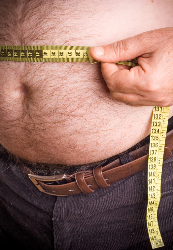 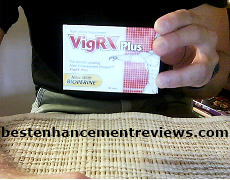