boostULTIMATE Review – Is It The Best?

Guys wanting bigger penis is almost as much of a certainty as death and taxes. If you don’t believe me, just do a quick online search for penis enlargement, and you’ll get hundreds and hundreds of hits trying to sell pills, pumps, creams, gadgets, stretches, exercises, and surgeries, all with the same goal – the biggest hardest dick you could ever imagine. These products wouldn’t exist if there wasn’t a market for them.

The boostULTIMATE website doesn’t really say a whole lot about what it does. Energy an stamina are really the only direct claims it makes. The homepage of the website is very sparse. Pretty much just a price list and that reference to energy and stamina.

Then at the bottom of the page, there are two video testimonials where the guys talk about huge gains in both size and performance. We’ll get into those a little more later in the review.

So basically, if you look at the boostULTIMATE website, you get the pretty clear impression that this stuff makes your penis bigger and makes it work better too.

But the claims don’t end there. This stuff is also sold at Amazon.com. Over there, boostULTIMATE is a testosterone booster. In fact, right in the product title, it says, “boostULTIMATE – #1 Rated Testosterone Booster.”

So which is it? I don’t know, maybe both. The next place to look for information on the subject would be the formula. So that’s what we did.

Part of the boostULTIMATE formula is listed ingredient by ingredient, including amounts, and part is a proprietary blend of several different herbal components. Starting with the listed ones, there’s: 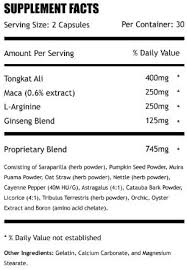 The proprietary blend contains a total of 745mg including:

Given that ingredient list, boostULTIMATE looks like a sexual performance enhancing supplement more than anything else. There are some testosterone boosting ingredients, but they appear to be more supplemental than primary. And in any case, there’s absolutely nothing – not one ingredient – that can make your penis grow in any significant way.

Only a stretching device, pump, manual exercises, or surgery will make your non-erect penis permanently bigger. Certain pills and ingredients can and do make your erections bigger and harder by increasing your desire and allowing more blood to enter. But none of those effects carry over after your erection is gone.

But in most cases, that’s not what matters anyway. You want a big, hard, sustainable erection. A big bulge in your pants is nice, but more size when you need it most is infinitely more important.

Relying on customer feedback is important, but it’s tricky. So much of the reviews you find are fake. Take the two video testimonials on the boostULTIMATE website. One guy who’s name is listed as Brady Flower, but he says in the video his name is Daniel says he gained 2 inches and he’s still growing. The other guy is so clearly reading a script, it’s just hard to even begin to take him seriously. 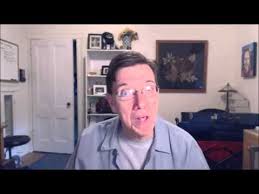 There are tons of reviews on Amazon, but you’ve got to be careful about them too. Some companies pay people to leave reviews on their products. It can be hard to tell which ones are real and which are fake. One thing I look for is how many negative reviews there are.

Companies pay for glowing reviews, so you’ll see lots of those. But they have no way of eliminating the negative ones that come from real users. So even if a product has a ton of 5-stars, I look for how many 1-stars there are. Often, there are almost as many as the 5-stars. That’s a good indication that many of the 5-stars are phony.

I’m not trying to say you can’t trust any Amazon reviews. I’m just saying there are some tips and tricks to help you weed through them and hopefully get as close to the truth as you can.

boostULTIMATE has over a thousand reviews posted on Amazon.com. The overwhelming majority of those are 5 stars. But there are over 100 1-star reviews. That’s more negative reviews than most products even get in total.

Here’s a snapshot of what they say:

boostULTIMATE is only available online, but you can either get it through the official website or through Amazon.com. It’s pretty cheap at $22.99 for a single bottle at the website. If you get a 6 month supply, it’s even cheaper at $18.33 a bottle. Amazon has a similar price, though a little higher. They’ll sell you 3 bottles for a current price of $67.99.

The best thing going for boostULTIMATE is its price. It’s definitely one of the cheaper daily male enhancement products you’ll find. But if you’re thinking you’ll get penis growth out of this stuff, you won’t. You may get a bit of a performance boost, but that’s about it.