NO2 Maximus Review and Results

In today’s fast paced world, we all want that ripped body, but who’s got time for 4 hour sessions at the gym 5 or 6 days a weed.  Unless bodybuilding is your job, you’re not likely to be able to commit that kind of time.

So we look to supplements for help.  NO2 Maximus is a bodybuilding supplement that helps you make the most of each and every minute that you do get to work out.

NO2 Maximus claims to increase your metabolism, burn more fat, increase your lean muscle making capacity, boost your energy, and improve your sex life.  The website is pretty big on hype and small on actual details, but we scoured it and have picked out the important bits to share with you so you know whether or not to spend your time and money here.

Click here to read my personal review of NO2 Maximus

The NO2 Maximus formula is proprietary, so we don’t know everything. But a couple of the ingredients are revealed, and they can give us a pretty good idea what to expect. Here’s what we found:

How NO2 Maximus Works

The recommended dose is 3 NO2 Maximus capsules in the morning and 3 again in the afternoon.  You should start to see results pretty quickly, and the full effect will be noticed after a few weeks.

In addition to the bodybuilding benefits, NO2 Maximus will also help you have better erections because of the increased blood flow to the penis as a result of higher Nitric Oxide levels.

Where to Buy NO2 Maximus

NO2 Maximus is available only on the internet and only through a free trial offer.  You order a month’s supply and pay only shipping costs up front.  If you don’t cancel shortly after ordering, you will be charged $70 or so and enrolled into a monthly shipping and payment program.  These kinds of deals are notorious for being very difficult to get out of once they begin.

My NO2 Maximus Review

Personally, I come across every supplement I test out with a healthy degree of skepticism.  Many of these so-called pre workout supplements simply don’t work, but rather rely on fancy marketing and graphics.

I purchased a “free” trial of No2 Maximus and decided to give it a whirl for about a month. At first, it felt like it was working.  In the first day or so I felt much more energized, and pushed through my workouts harder.  I wasn’t sure if it was a placebo effect or not, but whatever it was, I was feeling good.

After the first few days though, it started to dissipate.  I started to feel normal again.  Normal for me is struggling to get through an hour long gym session without ducking out early and hitting up Subway on the way home.

During week 2, I started to notice some peculiar side effects from NO2 Maximus.  I had this weird eye twitching thing going on above my right eye.  I had no idea what it was at first and kind of brushed it off, figuring it would go away within a day or so.  4 freakin days later it was still doing it!

After a couple more days I said enough was enough and decided to quit taking NO2 maximus.  I ended up taking it for a total of 10 days, and you would think I would have seen “some” results from it. Nada…nothing….zilch…

I wouldn’t call it a complete waste of money because it was only $5 to try it out anyways, right?  Wrong!!!  I ended up getting billed almost $80 for the freaking bottle like 2 weeks after I ordered it.  What ended up happening was, instead of an actual sample of the supplement, I ended up getting a “trial” of it so I could use it for 14 days and then I had to call and cancel before getting billed.  I have subsequently written a post about this to help warn other users about this very prevalent scam.

I tried fighting with the customer service rep for close to 45 minutes for a refund, but she would’nt budge.  Reluctantly, I wrote it off as a lesson learned.

The bodybuilding community knows their supplements. NO2 Maximus is not something that bodybuilders take, and it shouldn’t be something you take either. Couple that with the fact that they scam their customers out of their hard earned money by promoting their product as free and, well you get the point…

There are real, tried and tested supplements out there to help you build muscle and lost weight.  Don’t waste your time on NO2 Maximus. 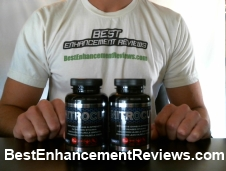 I’ve been a pretty avid weight lifter for most of my life, and I’m always looking for something to give me that “added edge.”  I’ve tested dozens of different pre-workout supplements over the years, and wanted to share my personal review of Nitrocut.

Nitrocut is a leading stimulant-free pre workout supplement that works through the use of all natural ingredients, including the popular L-Arginine.

Click Here to learn more about Nitrocut in my review.

Leave Your Review of NO2 Maximus Below 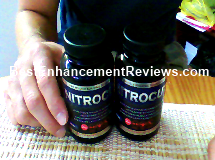