FCK Power Review- Does It Work?

The name FCK Power doesn’t leave much to the imagination. Their website is filled with images of huge dicks with naked women fawning all over them. The idea of course is that this can be you, if only you take this stuff. FCK Power promises bigger dicks, and they drive the point home in several bullet points, all meaning essentially the same thing: 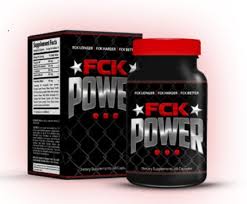 FCK Power claims to have solved the age old dilemma left by Viagra. Viagra can make you hard, but it can’t make you bigger. FCK Power has found the secret to doing both. They found the secret combination of ingredients that give you significant gains in size immediately. And with continued use, your gains become permanent.

And it combines those ingredients with the power to get rock solid erections at will.

On the FCK Power website, scattered among the explicit images, you’ll find their explanation of how this stuff can grow your penis. Here it is in a nutshell. When you get an erection, the two chambers of your penis fill with blood.

FCK Power increases the amount of blood that rushes in, forcing the chambers to hold more blood than they can handle. As a result, a gradual stretching of the penis occurs in order to hold this increased amount of blood. FCK Power causes this process to speed up to the point where you’re looking at 4 inches in 4 weeks.

It may sound reasonable and sound, but unfortunately it’s not. This is the mechanism that all “penis enlargement” pills claim to use. But there’s no scientific evidence that it’s the least bit effective.

So let’s take a look at these ingredients touted by FCK Power as “every penis growing ingredient in the world”:

FCK Power has a sister product called FCK Forever. The recommendation is that if you want to become an actual god, take the two together. FCK Power gives you the size and powerful erections, while FCK Forever allows you to last as long as you want and finish with the most explosive orgasms you’ve ever imagined.

Sometimes stacking supplements can be a great way to get the kind of results you want. But in this case, it seems like just a way to get you to buy more products from the same manufacturer.

Where to Buy FCK Power

FCK Power is primarily available through its official website, and you can only choose the free trial offer option. Here’s the catch. You’re really not getting anything for free. They say the original price of FCK Power is $79.87, but I haven’t found anyone who’s actually paid that. With this offer, you pay only $19.99 for shipping (which is pretty expensive just for shipping). They send you a one month supply. If you like it, do nothing., and they’ll sign you up to receive a new “free” bottle for an additional $19.99 each month.

It’s pretty funny if you think about it. They want you to believe that they’ll keep sending you FCK Power for free, and they’ll keep doing this forever. The $19.99 is for shipping? Yeah right. More like you’re paying $19.99 for this stuff and that includes shipping.

But the important part to remember is that they’re going to keep sending it to you and charging you for it forever, or until you call and cancel your subscription. It may not be such a terrible idea if it works for you, but most people who sign up, don’t realize what they’re getting themselves into. That’s because the terms of the deal are written way at the bottom of the page in the teeny tiny fine print.

FCK Power must be new to Amazon. We didn’t find a single customer review on the site. That’s a bummer because one of the best things about a supplement being sold on Amazon is that you get to see a lot of honest customer reviews. It’s true that some Amazon reviews are paid for, but most of them are from real customers, satisfied or not.

The only reviews we could find for FCK Power are ones that link you up to the offer. They’re not unbiased. In most cases, the guy who wrote the review didn’t even try the stuff. So unfortunately, we don’t really have unbiased customer reviews to go on.

Usually, when a company makes outlandish promises that are basically impossible to keep, it’s best to stay away from their products. FCK Power is no exception. They shout from the rooftops that it makes your penis grow 4 inches in 4 weeks, and that the growth is permanent. But they know this is impossible just as well as we know it is.