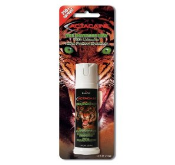 There is nothing more embarrasing than “blowing your load” within 2 minutes of sex with a girl. We have all been there, but the sheer fact that you may only last a couple of minutes can really terrify a guy, especially if it’s a girl we like.

We have seen premature ejaculation formulas come in all forms, and it never surprises us to see a new method of delivering the ingredients in these products. Actacaine, which is a spray, actually works almost completely opposite from many of the pills and creams we have tried. Instead of enhancing your libido, it basically prevents you from going too soon, and acts as a desensitizing oil. Some of these “premature ejaculation” solutions work almost too effectively, causing you to virtually never achieve an erection. But will Actacaine really make you last longer in bed?

Used as a topical spray, Actacaine is a mild anesthetic which helps to get rid of premature ejaculation by essentially numbing the nerves in the penis. Actacaine uses a topical metered spray instead of a gel or oil, making it alot less messy than competitors such as prosolution and vialifil. This works similarly to the local anesthetic that you may get when getting a cavity drilled at your dentists office, it’s just not injected.

Unlike pills like climaxagen which takes as long as one hour to work, actacaine is designed to be applied 5 – 10 minutes before sex, and can be rubbed on either by you or your partner (your partner rubbing it on is probably more fun!)

Prior to this review, we had never personally heard of any sprays like this, and was a little sceptical when I first came across it. Spray anesthetics are generally used in cough syrups like chloraseptic, and they work very well, however, the mouth is a very good membrane to absorb ingredients. Since Actacaine is applied directly to the penis, we are unsure whether or not it would provide an instantaneous effect, although they claim it does.

The only ingredient listed in Actacaine is Lidocaine, which is a local anesthetic. Lidocaine is prepared in several forms for other products, including patches, injections, and gels/ointments. Lidocaine is also the favored anesthetic for dentists performing dental surgery, and is typically used topically to help ease pain, burns, and itching from skin inflamations.

Another very popular desensitizing cream that is often compared to actacaine is a product called Stud 100. We haven’t officially tested it yet, but stud 100 uses the same active ingredient, lidocane, in its formula. Based on a variety of criteria, it looks like stud 100 is priced about half that of actacaine, but other than that there are very few differences. They are both colorless, odorless, can be used with or without a condom, and can even be used during oral sex.

One major difference is that stud 100 is manufactured in the UK, while actacaine is made in the USA.

There are several very favorable reviews of Actacaine available on Amazon, and a few other places. However, surprisingly there aren’t any on their official site. We actually received a review via email, which was what originally sparked our interest in the product.

“I just wanted to let you guys know that I tried that actacaine, and it worked, but not the way that I really wanted it to. At first, it kind of burned when I put it on, but that went away after about 5 minutes or so. I noticed that my penis started to feel very numb after that, and I almost completely lost all sensitivity. It definitely fixed my premature ejaculation, but during most of my sexual encounter, I couldn’t feel practically anything.”
David, email review we received

While there are no free trials or samples available, the price of actagaine is a very reasonable $20 for one bottle, putting it in the same price range as duroil. A bottle contains about 180 metered sprays, so I would imagine that it would probably last for about a month or so, depending on how often you use it.

They do offer a number of discounts if you buy more than one bottle of the product, including 10% off a 2 bottle order.  I looked all around to find a coupon code, but there doesn’t appear to be any.

Actacaine has a refund policy, but it is unclear how long you can try the product for. While most companies offer the usual 30 or 60 day money back guarantee, actacaine just mentions that you have to have a valid rma (return merchandise authorization) number, and you have to send back the empty product to qualify.

Without personally using the product, it’s hard to say whether or not Actacaine can really work as an effective desensitizer. While lidocaine has been clinically tested to work for dental procedures and other methods, I have never seen any literature suggesting that it can work to numb the penis. The suggested half-life of lidocaine is about 2 hours, which essentially means in theory that you should be able to last a good hour in bed before having to reapply. In addition, it might actually work too well, leaving you with “dead wood” so to speak.

Our team plans on personally testing Actacaine in the future, so be sure to check back for an updated review.

Leave Your Review of  Actacaine Review Below